Hi guys, Today here we are sharing the ultimate trick to convert airtel 2g data pack to 3g data pack. 3G data packs are very costly, so for common people in India can't recharge 3g data packs on their sim always. Due to the high costs and limited data amount all are users are forced to recharge 2g data packs, which are comparatively less costly. But when comes to 2g, It's very much slow. Everyone get annoyed 2g speed. When downloading some big files, 2g speed is not enough for it. So everyone hopes to get 3g data packs in 2g cost. But Indian networks didn't doing any such plans. They are increasing the rates of data packs daily. But Techintor.com solves all problems. Here we are sharing the way to get 3g speed on your 2g data packs. We are already shared this trick for Idea network in a previous article - 'idea: convert 2g data to 3g data with hxvpn'. This is the time for airtel. Download any big files in 3g speed with 2g data packs. So guys, read below tutorial and get 3g data pack speed on 2g data pack in your airtel sim.
Since this is a direct trick, here you don't need to use any vpn or other external apps. Also you don't need to worry about sim blocking issues in this trick.  This trick need little investment so please do it on your own trick.


If you are looking for airtel free internet tricks, then please read this note before going to this trick.

As i said above, this trick need little investment and this trick little different. if you already know about airtel direct trick then please go ahead.

if you are looking for any working free internet data trick for airtel, then there exist many other working tricks for airtel which don't need any investment. so try it also. it is completely free. 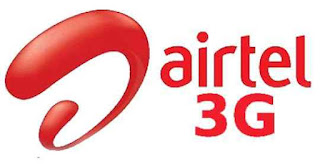 In this section we are showing you how to get 'unlimited free high-speed 3g internet on your airel sim for 1 hour'. This trick is based on airtel cyber cafe pack.
Airtel cyber cafe pack: unlimited 2g data for 1 hour in your airtel sim for just Rs 5.  This can be converted to high-speed 3g data with below trick.  That is you can enjoy unlimited 3g for 1 hour .
1. first activate airtel cyber cafe pack by dialing *567*100#
2. then activate Rs 9 3G/4G pack by dialing *567# >> select option 1 [ this may vary with states]. you can see Rs 9 3g/4g pack. activate it.
3. Now quickly turn on " air plane" mode on your device and then turn off.
4. now enable your mobile data and start enjoying unlimited 3g on your airtel number.

Note: don't disconnect your mobile data for 1 hour.
Download and browse maximum data as possible within 1 hour. i think this trick will be very helpful when you want to download some large files. please share our articles on social networks and support us.

1. Recharge With Any unlimited 2g pack. [ suggestion: Rs 199 unlimited 2g for 1 month  or any other unlimited pack wrt your state ]
2. Now recharge with any small 3g pack. [ sueggestion: do Rs 29 3g pack ]
3. Now send a sms to 121 as follows
ADD <another airtel number>
eg: ADD 8129832162
use your friends or family memebrs airtel number there.
4. Now u will receive a sms from airtel saying that the above number added in your airtel family members
5. You are done. Now you can able to access unlimited free 3g internet on your airtel.
here the airtel 2g unlimited is converted to 3g unlimited data.

P.S : this trick still working in many states. but for some old users it is not working well. anyway give a try.

I hope you got the trick. This trick is working in bihar, and try your states and comment below your results.
If you like ' airtel trick to get high speed 3g on 2g data packs' then please share it on WhatsApp and other social medias. Also keep visiting www.techintor.com , there are more stuffs waiting for you.

Popular posts from this blog